Computers & electronics, sooner to later, fail.  Expect at least three years for a laptop, five is doing well, longer than that is a bonus.
So, when a seven year old MacBook Pro (owned by The Wifelette) failed to start a couple of days ago, I was fearful for the worst.  This Mac has been a loyal, if somewhat temperamental servant and Wifelette was deeply unhappy about it's severe poor health.

No startup chime, blank/black screen, no response to reset SMC or PRAM.
It's not good Madam.  All signs point to a faulty or broken logic board; this means a few hundred pounds to replace (if we can find one).

Whilst Googling around for replacement logic boards, I stumbled upon this post (by a chap called Russell); it seems he (and many others) have been in the situation that we were facing.
The "solution" is, apparently, to cook the logic board.  Literally - put it in the oven at 190C for 7-8 minutes.

So, with nothing to lose, we began...  It's not the first time I've stripped down a MacBook or indeed, this particular one, but it was the first time I'm removed the logic board.  The iFixIt guide helped a lot - no screws were lost, nothing got broken.
With the logic board stripped out, I can see that the thermal paste on the chips was hard and flaky - not good. 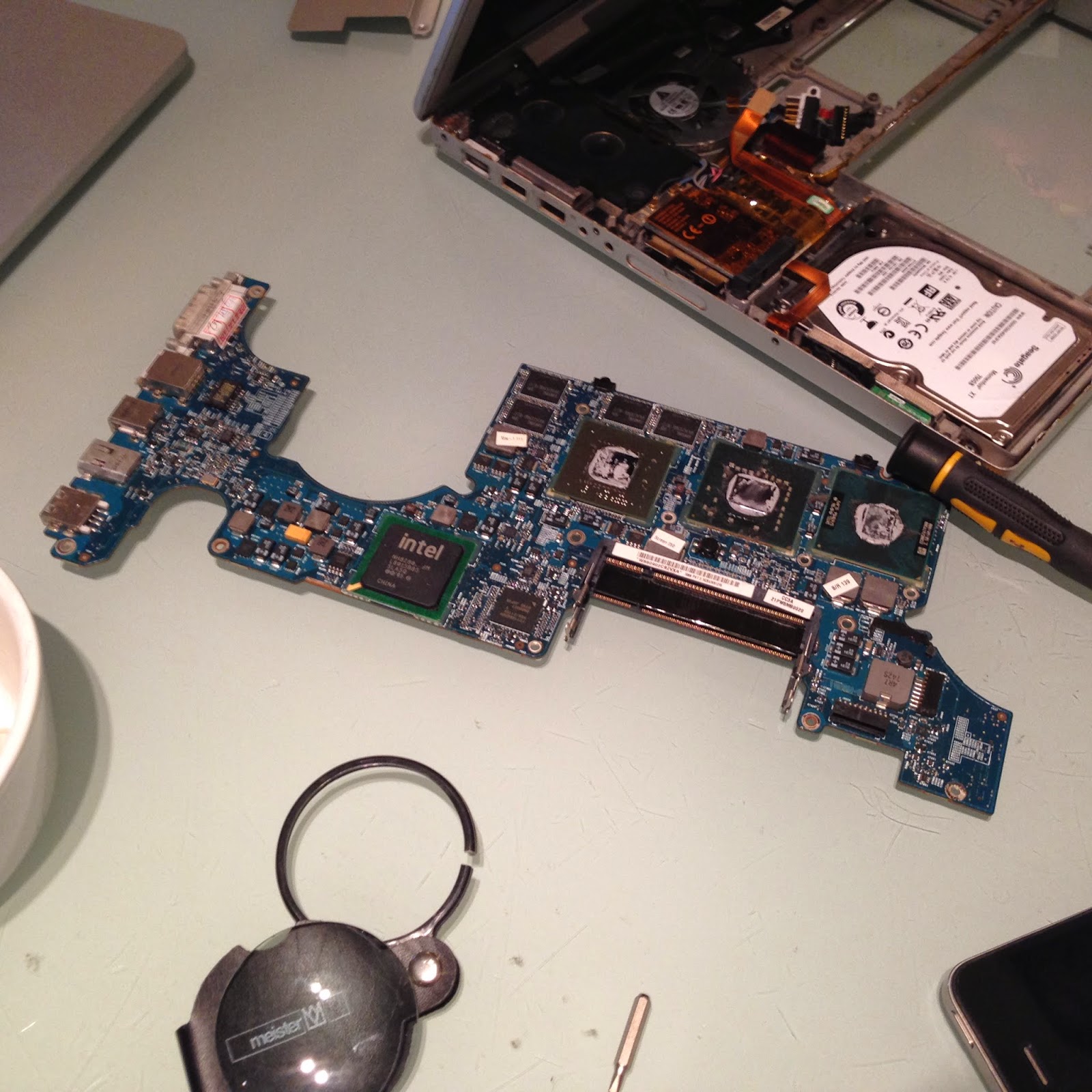 Not to worry - we've got nothing to lose.  After a careful stripdown of plastic clips, tape, foam and any other debris, we're ready to start cooking. 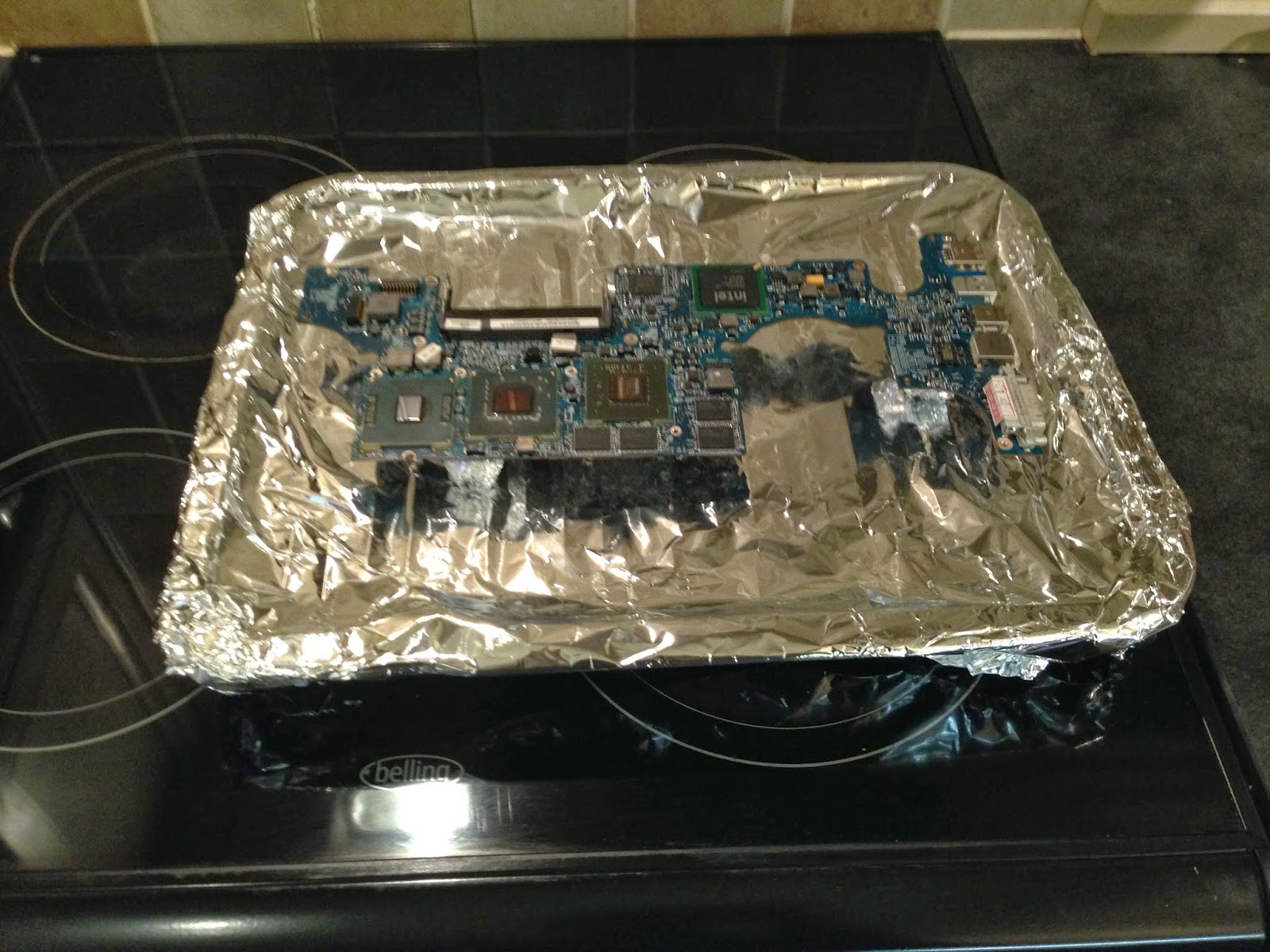 It was all very exciting, right up to the point where the board has been cooking for about five minutes and the smell of hot plastic starts to waft around the kitchen.
Hold your nerve.... it'll be fine.... we've got nothing to lose...

After seven minutes, the board was removed and allowed to cool.  Nothing has melted.  Relief!

With much excitement, we commenced assembly.  Logic board goes in nicely, then removed again, lots of thermal paste applied, then board installed once again.  Connect all the sensor wires, power, install RAM, drop on the keyboard... connect the power cable... press the power button....

Time to take a break.

Remove and reinstall the battery.
Nothing.

Disconnect and reconnect the keyboard.
Nothing.

Re-seat the connectors on the logic board.
Nothing.

At this point I'd pressed the power button so many times, I had no idea whether the Mac was supposed to be on or off.  I wandered off to fix myself a strong rum & coke. 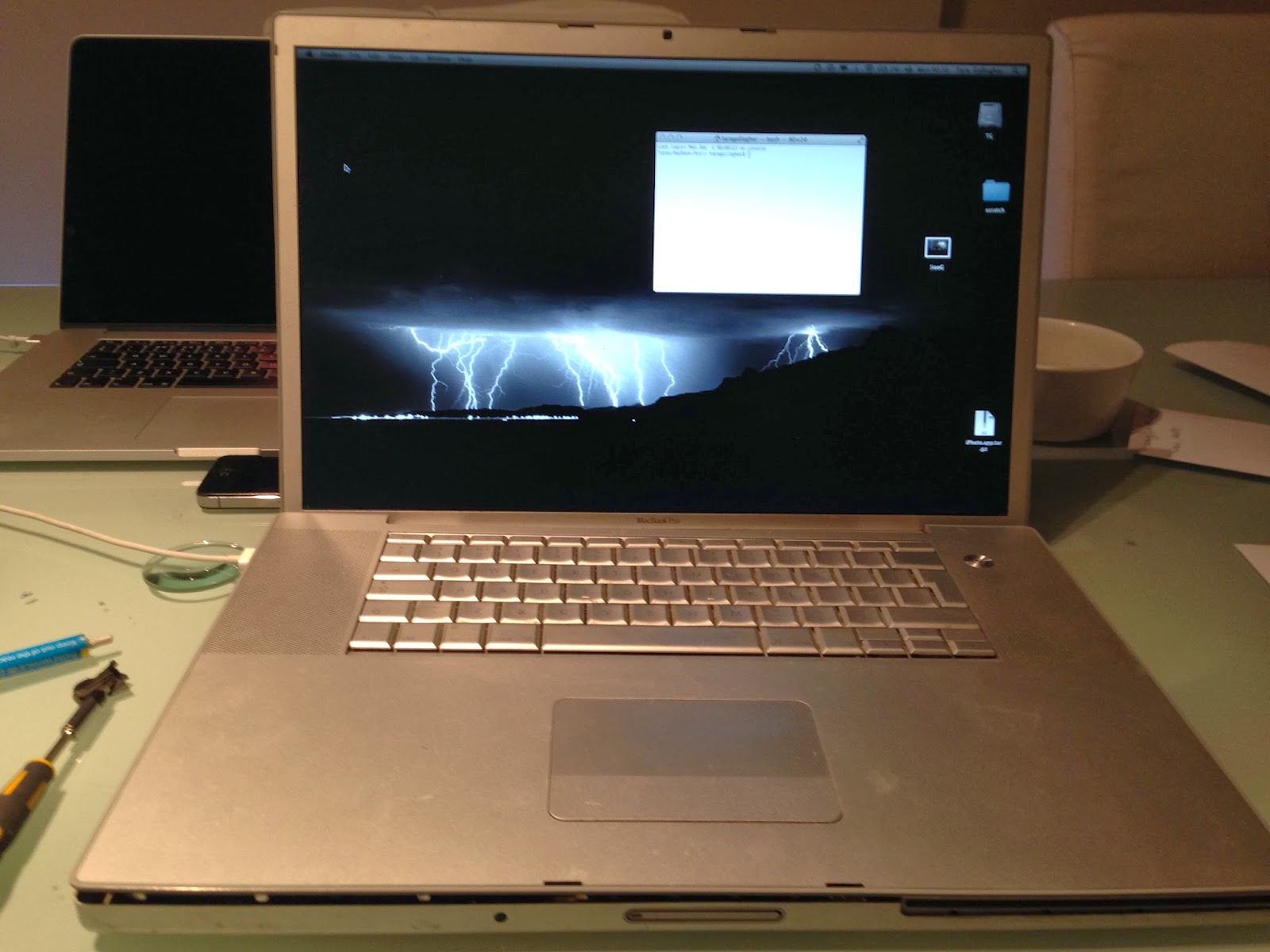 Note to self: start saving for it's replacement
Posted by Unknown at 09:32